All the Destinations listed were provided by visitors to our website.
Add a Place to Fly!

We'll show you how to get the best shots from your GoPro!
Click HERE!

A wide assortment of tools necessary for building an Experimental Aircraft
Click HERE!

Video creation for your Groups, Events or Businesses.
Click HERE!

Photo of the Day

Beautiful Aviation related photos from all over!
Click HERE! 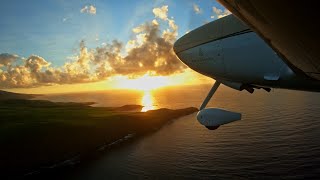 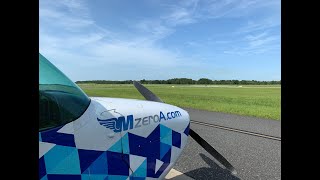 Preflight is a very important part of any flight. In this weeks video we are reviewing some very important preflight procedures with Joel and Bob. Watch to see three things you're doing that shouldn't be on preflight. A Good Pilot Is Always Learning!
Read more
Fun Place to Fly Update! Cape May NJ/NAS Wildwood, KHGR, MD
"Nice Airport, and good Diner on the field. Flight Deck Diner. Standard fare- and good- no complaints. Also NAS Museum on field. Beach/boardwalk approx 7 mi away. Note- FBO won't FS fuel on the museum property - only outside the white line box in front of the large NAS Hangar. Or at FBO. Don't believe overnight parking is allowed on the Museum ramp either. http://www.flightlevelaviation.com/" - Submitted by DW.
Got Comments?
Read more
Landing in the wind. And Aviation Origin Stories. - Cory Robin 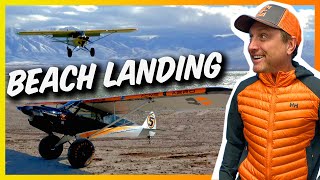 Cory and Troy go flying on a rather windy day. And they talk about what got them interested in aviation.
Read more
The Birth of The MONSTER CUB - Trent Palmer 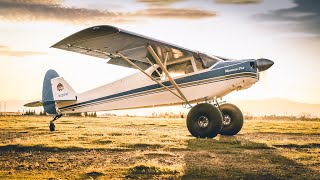 Congrats to Baja Joe and Monte, its one beautiful plane you guys have built!
Read more
New Aviation Event - Pancake Fly-In, Homebuilt Show, Sherman, TX - Saturday, Apr 4, 2020
Mark your calendars for Saturday April 4, as we will be hosting an EAA 323 Pancake Fly-In, Featuring Best in Show Award for Best Homebuilt at Sherman Municipal Airport. Bring any aircraft in you want - even ultralights! We will be handing out a trophy for Best of Show, with our very own Pam, Adam, Phil, and Frank volunteering to be judges! Eligibility requirements: 1. Any homebuilt with an Experimental certificate is eligible to participate in the competition. 2. You must arrive by 10am to be in the competition.
Read more
New Aviation Event - Weekend Private Pilot Ground School, Mooresville, NC - Saturday - Sunday, Mar 28-29, 2020
Our weekend private pilot ground school course is an accelerated offering of our evening ground school-the same material just in a full day weekend sitting. We will meet from 10AM to 4PM on March 28, 29, April 4 and 5. Plan to attend all 4 days of class to ensure you will pass your final exam with the FAA. Lunch will be provided and all of the materials that you will need for the course. Once you sign up for the course, we will email you an easy to pay invoice and we'll ensure you have the supplies for your first day of class! Course Syllabus Airplane and Aerodynamics Airplane Instruments, Engines, and Systems Airports, Air Traffic Control, and Airspace Federal Aviation Regulations Airplane Performance Weight and Balance Aeromedical Factors and Aeronautical Decision Making Aviation Weather Aviation Weather Services Navigation: Charts and Publications Navigation Systems Cross-country Flight Planning
Read more
Small Airplane in BAD TURBULENCE! - Cory Robin 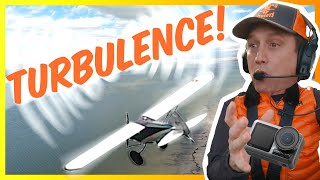 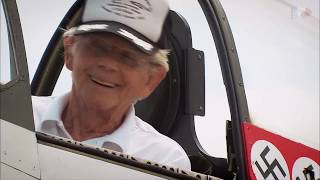 The 2020, 1st Annual Hatz Texas Fly-In gathering is planned for Saturday May 2nd at the Old Kingsbury Aerodrome 85TE near Sequin, Texas. Our gathering is scheduled to coincide with the Old Kingsbury Aerodrome Pioneer of Flight Museum Spring Wings Wheels Fly-In.
Read more
Pilot Destination Update - Newlon Field I41, Lesage, WV
"I've flown into this stirp years ago and, after 18yrs out of the seat, I was amazed to not only find a lot of activity now but also one of the best restaurants anywhere in the entire Mid Ohio Valley. Excellent food and seafood you won't find on any other menu around." - Submitted by John Stone.
Got Comments? - Got Photos?
Read more
Pilot Destination Update - Lamberts Cafe, Sikeston, MO

"Took the Stearman Training with Tim Preston. Great experience and learning the history of the Stearman was a bonus. Recommend highly." - Submitted by Jim Crawford.
Got Comments? - Got Photos?
Read more
Backcountry Runway at an Abandoned Mine - Matt Guthmiller 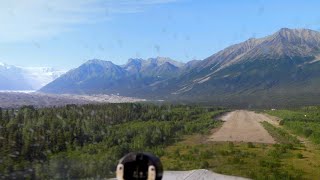 Flying in Alaska continues to stun at every turn, but we finally experience it up close via an awesome bush runway to explore an abandoned mine, and end up shooting an unexpected circling approach to minimums at 4am.
Read more
STOL Demo and Zenith Aircraft Building Workshop at Deland Sport Aviation Showcase - WhitleyVideos 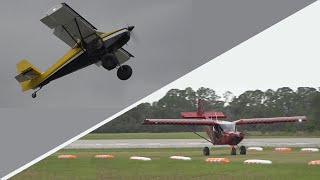 HD video of a STOL demonstration with planes from Just Aircraft, Skyreach Aircraft and Zenith Aircraft. Also, a view of builders in a Zenith Aircraft Building Workshop completing hands-on training assembling the rudder of a CH750 Zenith aircraft.
Read more 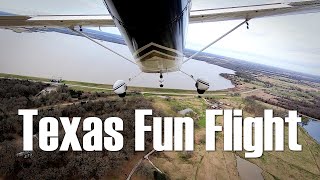 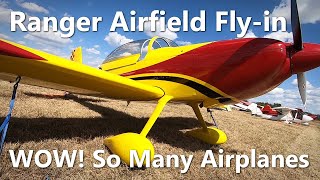 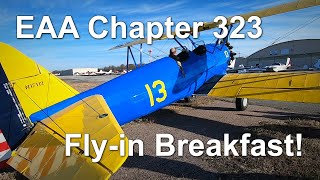 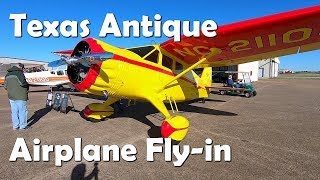 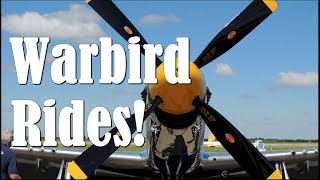 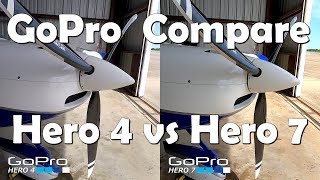 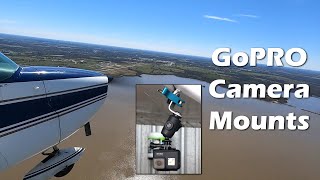 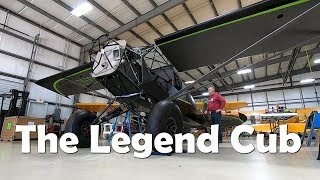 The Making of a Legend - The Legend Cub - fjx63qz.cn 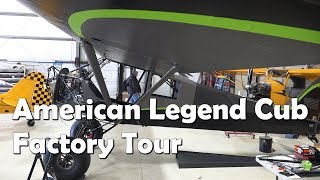 Flight to Sulphur Springs and a Tour of the Legend Aircraft Co. - fjx63qz.cn 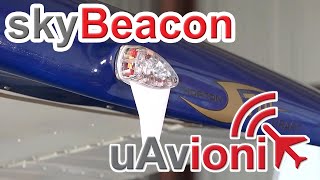 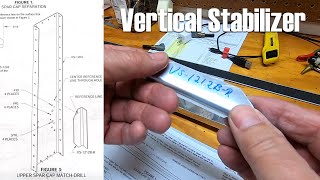 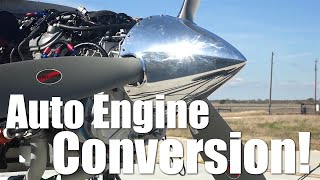 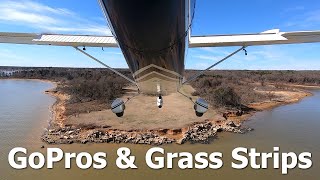 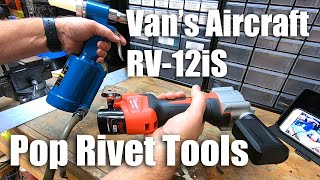 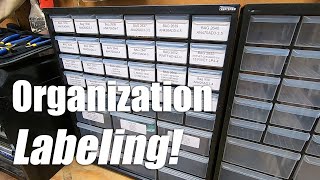 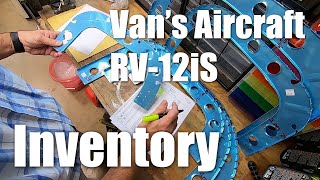 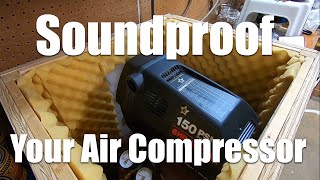 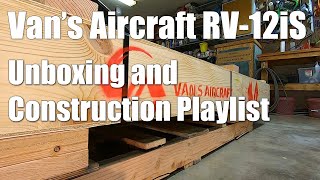 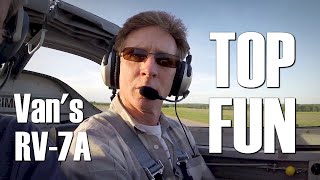 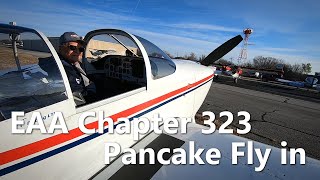 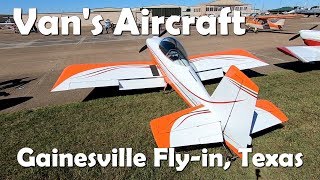 
Charlie replaces his father, Bob, who is now in semi-retirement.

Probable cause: The pilot's inadequate preflight fuel planning and in-flight fuel monitoring and his decision to take off with an unverified amount of fuel, which resulted in fuel exhaustion and a subsequent impact with trees during an attempted fo

Mateo dreams of being an airline pilot one day.

Deadline to send in your story is March 3.

Have changes in the FAA practical testing process changed the prices on those tests?

Probable cause: The total loss of engine power for reasons that could not be determined.

CDR Michael Graves USN Ret. submitted the following photo and note: “A true warbird of World War II. This aircraft served with the USN and Marine Corps from 1943 to 1946 at MCAAS/NAS Mojave. She is just one of a handful of the 100 Navy HE/AE1s delivered to the US Navy from 1942-1942 that remain. ...

The Forgotten Mechanic - Rod Machado
Here's today's riddle: Name something that all pilots need and use all the time, often don't know by name, and depend on completely for the safety of every flight. The answer isn't obvious, and neither is this person, who frequently remains totally hidden at your local flying school or airport. Need a clue? How about tools, grease and safety wire? I'm speaking of your local aviation mechanic.
Read more

Weber's Law - Rod Machado
If you closed your eyes, held out a cup, and asked someone to gently pour water in it, how much liquid would need to be added before you noticed a change in weight? One drop? Probably not.
Read more

Rod Machado's 40-Hour Private Pilot ELearning Ground School - Rod Machado
Thinking about learning to fly? Do you want to fly for a living? Would you like to refresh your knowledge for your flight review? If so, then the place to start is with . This eLearning course prepares you to take the private pilot knowledge exam and provides the foundation of knowledge needed to make your flight training a more enjoyable experience.
Read more

It's a Long Way Down, isn't it? - Rod Machado
Psst! Psst! Come here. Come a little bit closer. I've got something I want to ask you, and I don't want anyone else to hear. Are you afraid of heights? It's probably embarrassing to admit it, but if you're like most other pilots, the answer is Yes.
Read more

Pilots, Poets and Psychologists - Rod Machado
Mention the word poetry to a pilot and he'll act like he's in a hotel fire. He'll think: get low, get down, get out. Admittedly, even I get the heebie-jeebies at the mere mention of haiku (that's Japanese poetry, not the sound of someone sneezing). But poetry is more than cute rhymes with tinkered words. It's an alternate means of learning some of aviation psychology's most important lessons.
Read more

The Prevalence Error - Why We Look But Do Not See - Rod Machado
Recently, I was having a difficult time seeing things that were in plain view. I was even thinking about visiting the Our Lady of Fatima Optometry Center, where their motto is, "If we can't correct your vision, at least you can have one."
Read more

Runway Safety Madness - Tonque N' Cheek - Rod Machado
Nobody moves, nobody gets hurt. That's my new strategy for preventing runway incursions. It's a reasonable plan, given that these events have actually increased since the FAA began seriously collecting statistics on the issue. That's right. Despite the implementation of new rules and airport signage, incursions continue to increase year after year (about a 25% increase since 2013). If I were superstitious I might suggest we stop doing things to reduce runway incursions so that their numbers will decrease to some previous level. Unfortunately the "Don't look at it and it will go away" trick probably won't work here.
Read more

The Stall Horn Fallacy of Stall Prevention - Rod Machado
News flash! The Mona Lisa's eyebrows are missing. That's right. Gone! Some say they were scrubbed off during an early restoration. I suspect they were vaporized when Leonardo had Mona over for a pre-portrait barbecue and he took excessive liberty with the lighter fluid. While I didn't attend a BBQ, my eyebrows are also missing. At least they appeared to disappear as they rose above my forehead in surprise at the FAA's and ACS committee's dumbing-down of standards for commercial pilot certification.
Read more

Be Here Now! - Rod Machado
Over the years, I've seen my grandfather do a number of strange things. One time, while watching football on TV, he sat there yelling at the players. I couldn't help but say, "Grandpa, they can't hear you." He replied, "Oh yeah, that's right, they got their helmets on."
Read more

The Middle-Aged Aviator - Rod Machado
Over the years, I've heard many stories about middle-aged pilots (45-65 years) who gave up flying due to a sudden onset of anxiety. Apparently this wasn't induced by any specific aviation trauma nor inspired by the relatively small and perfectly normal decline of reflexes and mental agility experienced by most middle aged pilots. What in the world might spook a 50-ish pilot into abandoning something he obviously once loved to do?
Read more

Suburi Training - How to Get the Most Out of a Flight Simulator - Rod Machado
The 1984 movie The Karate Kid revealed a rare pedagogical truth of immense value to flight instructors. The movie centers around Daniel, who volunteers to polish the car and sand the deck of his neighbor Mr. Miyagi (a martial arts master).
Read more